As a business owner, you may occasionally be left holding an old unpaid invoice. After a while, you may want to cut your losses and accept less than your client owes you. This is called a settlement, and at times, it can be a strategic part of collecting unpaid bills. Wondering if you should accept a settlement from a client? Here are some signs you should:

1. You have terminated the relationship with that client.

Imagine you sell food to restaurants and one of your clients has not paid you for an order. If you plan to let them do business with you again, you may not want to offer a settlement as it can set a precedent. However, if you have already banned them as a client, you may want to cut your losses and accept less than they owe.

2. The savings on the settlement is less than a collection agency charges.

In lieu of collecting your own unpaid invoices, you may turn them over to a collection agency and let them collect them for you. As professionals, these people have a number of different tactics to encourage debtors to pay their bills. However, in return for that service, they charge a fee.

It can be a flat fee, but in most cases, it is a percentage of what they collect. Before accepting a settlement from an old client, compare it to rates from local collection agencies. For example, if a collection agency charges 25 percent of the debt as a fee, but your client is willing to take a settlement that is 10 percent less than what he owes, you are saving money by taking the settlement.

However, if your client is only willing to pay half of what he owes, it may make more sense to let a collection agency try to collect the bill in this case.

3. The settlement is more than the sale value of the debt.

Instead of using a collection agency to collect your debts, you may sell them. When you sell them, the person who buys them pays a certain percentage of the total debt. Then, he or she gets to keep everything they collect.

Imagine you have done a bit of price comparisons and you know that you can sell your debt for 10 cents on the dollar. However, one of your old clients contacts you and offers to settle the debt for 25 percent of the balance. In this case, it makes sense to say yes to the settlement. 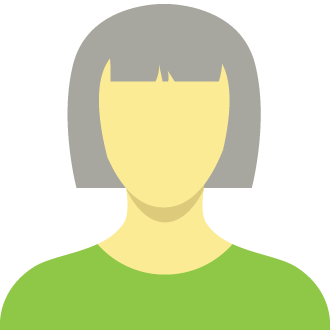 Hello and welcome to my blog. My name is Karen, and this blog is focused on finance and money tips for small business owners. I want to create the type of resources I would have appreciated when I first started my business, and I hope that my posts help you. I also handle the money for my family, and because of that, I may write about money and finance for families as well. If you have questions about money, budgets, credit, finance, taxes or related topics, I invite you to explore this space. Thank you for reading, and please share the posts that you enjoy!